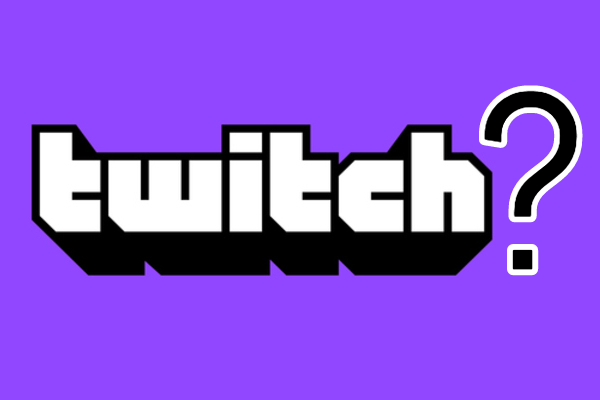 Most video watched on the internet is recorded by a creator, uploaded to a viewing platform like Facebook or YouTube, and watched by the viewer when the viewer clicks “play.” This is called “on-demand video” and often referred to as VOD (video on-demand).

Livestreams, by contrast, are videos that are created and viewed live. The key components to livestreaming are that the video the creator appears in is being streamed in real time to the viewer, kind of like a Facetime call, and that there is interactivity happening between the creator and the viewer, usually through a chat window that the creator reads and verbally responds to as viewers post to it.

Technically, major concerts like Coachella are livestreamed on YouTube because the concert is happening as the viewers are watching it. For the sake of this conversation, we’ll refer to those as live broadcasts since there is often no interactivity from the audience.

Twitch is a website and mobile app (collectively called a “platform”) where gamers can create their own livestream channels to play video games live. Viewers watch the channels and comment on the game play in the channel’s chat room.

Why would anyone watch someone else play a game? Because when you like a game, you want to watch someone who is good at it so you can learn strategy and technique. Because you’re not just watching that person play a game, you’re chatting with a bunch of other people who also like that game, and it’s fun to talk with people who have common interests. Because sometimes the gamer will play against the viewers. Mostly, because it’s fun.

You may have picked up that what’s really happening here is community. It’s not just the game being played, it’s all the conversation around the game that makes people come back. It’s the interactivity between the gamer and the viewers and between the viewers themselves that makes the viewers feel included.

The twist is that Twitch has gamified community. Much like games have virtual currency you pay real money for and virtual goods you can buy in-game with that currency, so does the Twitch platform. On Twitch, virtual currency is called Bits. You can spend Bits on virtual gifts for the streamer or donate Bits directly to the streamer as a sort of tip. The money the viewer spends is shared by Twitch with the gamer the viewer spent it on. Viewers can also pay with a credit card to subscribe to the streamer’s channel, and they get perks and recognition on the stream for doing so.

Buying anything during a livestream is optional, but because the viewers are having fun and want to see the gamer play regularly, they will often pay for subscriptions and virtual goods because it supports the gamer they like.

Even though Twitch is almost all gamers playing games, there is a whole community of people who stream themselves doing creative arts. There are graphic artists, cosplayers, podcasters, and more. Some are also gamers, some are not.

Music has become a popular category for streamers, and it works a lot like it does for gamers. The musicians are mostly amateurs, they perform and have conversations in real time with viewers, and those viewers buy virtual goods, donate directly, and subscribe to the channels.

Why would anyone watch amateur artists and give them money? Same reason they do for gamers. It’s fun to watch people create something before your eyes. It’s fun to talk to them directly while they do it. And, it’s fun to talk with other people with similar interests. Mostly, it’s just fun.

WHY WE’RE TALKING ABOUT TWITCH

We are only talking about Twitch, even though its creators are almost all gamers playing games. Here’s why.

• Twitch has the best monetization features.

• Twitch has a huge user base from which to find new fans –specifically, 15 million unique daily visitors.

• It’s not all teenagers, so a variety of artists can find an audience. Most users are male between 18 and 34. The average age is 21. Curiously, there are a lot of women performing in and watching music streams.

• It’s not all electronic music you’d associate with games. Most artists on Twitch are singer/songwriters playing guitar or piano.

• Music is one of the most popular non-gaming categories, but it’s not oversaturated yet. With some commitment, you can get noticed even if you are unknown.

• The community of musicians on Twitch is very supportive.

• Artists are building real fanbases and making real money on Twitch. For some it’s a side hustle, others have quit their day jobs entirely.

HERE’S WHAT YOU NEED TO UNDERSTAND COMPLETELY BEFORE LIVESTREAMING

How is community created through livestreaming? INTERACTIVITY. The importance of the interactivity between the creator and the viewer cannot be understated. If you are not willing to interact with your audience, you may as well just post videos to YouTube.

This is how interactivity happens on livestreaming:

1. Creator performs on their livestream.

2. Viewers watch and post comments in the chat window.

3. Creator reads the comments and reacts to them on the video (e.g. answering questions aloud, welcoming returning viewers, acknowledging follows and tips, etc).

4. Viewers can do these things for free:
Follow the channel.
Post comments to the chat.
Request songs (bigger streamers require tips for requests, but most don’t).

5. Viewers can pay with real money to do these things:
Tip the creators.
Buy virtual gifts for the creators, like an animated GIF that appears on the stream.
Subscribe to the creator’s channel.

Why would anyone do this? Because it’s fun.
Because when you spend time with a streamer and they are doing something you like enough for you to comment on it and they respond to you, you feel included. Because you are having fun talking with the other people in the chat. Why would anyone spend actual money when there is so much free content online? Because it’s a natural human instinct to give something of value when you feel you are getting something of value. This is another way to look at it.

Once you understand why people are there, you are better able to deliver to them what they want. This is fanbase-building 101, and having a genuine fanbase is what will give you a CAREER in music, not just streams on Spotify or follows on Instagram. Connect with them on a musical level, then connect with them on a personal level.

Through years of using social media to promote your music and find new fans, you’ve no doubt been trained to create posts that perform well in a user’s newsfeed. This usually means keeping video lengths short, making every second of the video entertaining with quick edits, making your photos look pro with filters (and brand yourself by always using the same filters), and that huge view counts equal success.

It is all the opposite when you livestream. It’s not about making a quick impact while the user is scrolling their feed. It’s about being the place where they want to slow down and spend time.

This is so opposite of almost every content rule on the internet, so it may feel uncomfortable at first. Livestreaming is definitely long-form content. Remember how we talked about community? Community does not happen while scrolling a newsfeed. It happens when you spend time with people.

Plan at least two hours for your stream. Don’t panic – it goes by fast! You’ll be talking with fans and playing songs and having fun and the time flies. You’ll find that your audience takes about 30-45 minutes to see that you’re live and join your stream. Keep streaming even if no one is watching. Don’t give up, and don’t sign off just because only two or three people are watching. It takes time to build an audience, but if you do it right, you’ll earn each viewer and keep them as a fan.

Once they’re there, they want to spend time with you. The average Twitch user is on for 95 minutes per session. People may pop in and out of streams until they find something they like, but once they do, they’ll stay in and have fun and lose track of time just like you will.

Unlike YouTube and Instagram, you do not need to be perfect when you livestream. It’s actually a turn-off to see an overproduced stream. Most creators are in their bedrooms or home studio when they stream. They decorate with string lights and inexpensive party lights. They are not dressed up. They make mistakes.

They learn songs live. They don’t have a script, and they aren’t entertaining every minute. It’s just like having friends over and playing some music and hanging out. You are making a connection with people, and they won’t feel connected to you if you’re up on a pedestal of perfection, so don’t pressure yourself to be on one.

Livestreaming is Not About Huge View Counts

Because it’s live, you’ll only get views from the fans who show up. You can archive your streams and even make clips from them, but they will not get as many views as your livestreams. That’s fine. What livestreaming loses in total view count (compared to cumulative views of your YouTube videos, for example), it makes up for in spades in ENGAGEMENT, meaning people are paying attention and interacting with you. Engagement is what you’re really after, anyway. Engagement creates fans. Engagement is what creates value for fans and fans return that value with tips, subscriptions, merchandise purchases, Spotify listens, newsletter signups, concert ticket sales, etc.

Since the content you’re creating when livestreaming is different from what you create and how you interact with your followers on other platforms, it’s not competitive. In fact, it all works together.

Stay on Facebook. Stay on SoundCloud. Stay on Instagram. Keep doing what you’re already doing. Add livestreaming to it.

Your livestream will be the easiest content you create all week. You just go live and start playing music and talking with fans. That’s it. When you’re done, pull the best moments, make them into short clips that do well on social networks, and use them as posts to promote your next livestream. Pull some screenshots of funny moments out of your chat and use them for your Twitter. Show your audience on your socials how much fun you’re having livestreaming.

Similarly, go on your socials before you go live on Twitch and ask your followers to come watch. Do a quick Instagram story as you’re setting up. Talk about your socials during your stream and encourage viewers to join so you can communicate with them in between streams.

You can promote everything else you’ve got going on to your audience on Twitch. Encourage your Twitch viewers to pre-save the next song you have coming out on Spotify. Tell them about your crowdfunding campaign and the perks of joining your Patreon. Post links on your Channel Page to your merch and your tour dates.

Because the type of content and level of engagement on Twitch is so different from everything else, it’s not going to cannibalize anything you’re doing on your socials, and it’s not going to be redundant to your social posts, either. Livestreaming is where you’re going to go a level deeper with your followers and make them passionate fans instead of casual ones. Your socials are where you’re going to stay top of mind with your Twitch viewers in between streams and promote your channel to everyone else. It all works together.