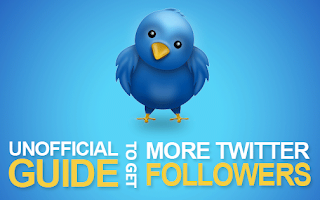 Twitter has more than 9100 tweets per second summing up to over 1 billion tweets in just five days. Around 40% of twitter’s followers (of around 645.7 million of twitter’s active users) are just spectators meaning, they just see others tweeting without themselves tweeting anything.

Now that you know how huge twitter is, I don’t see any chance of ignoring this huge marketing ground.

If you are worried on how to increase your twitter followers, just thank God you found this post. This is the unofficial twitter guide to get more followers.

Let me guess your story and probably mine too.

But now what? How to get it over 100 or perhaps the next 1000 followers? This was the time when I thought seriously about twitter strategies and came up with a through plan of getting more twitter followers with easy and respectable ways.

I am going to show you the complete twitter marketing strategy to gain followers and increase your twitter reach. Let’s start from the basics because this is the part we often overlook.

1 – Try using smaller handles (twitter won’t allow you to go beyond 15 letters).
2 – Do not use religious or emotion provoking handles unless you specifically are into that business.
3 – If your handle is not available use words with numbers. Like if @JhonDoe is not available you can go for @JhonDoe42 or be creative like @Jh0nDoe, yes that’s a “zero” in place of the first “O”.

1 – Use an avatar that represents who you truly are. While this has been said many times earlier, we often forget that twitter, like other social platforms, is a place for human interactions. So better use a picture that has your headshot or the logo of your business in case you want to build a brand around that. Avoid using cats, dogs or even celebrity avatars as your professional twitter profile picture.
2 – Twitter now uses a cover photo similar to Facebook’s layout. You have got so much estate to show your professional value. Use it to promote your products or the company theme you want to be known of.

Twitter provides you with twitter bio which shows up right below your avatar whenever anyone visits your profile. Be creative to use this 140 character space to attract more leads and twitter followers.

1 – Write your passion, your strength and your achievements in it.
2 – Be funny and show the creative side of you in the twitter bio.
3 – Whenever people use the twitter search for searching someone the results usually show up using the data given in the profile bio. This shows your bio acts as a bundle of keywords.

TIP: Use hashtags before words that you want to appear for when people search for you. For example, use #blogger.

TIP: Use links in twitter bio. You are allowed to use one standard link after your bio but you can use the links to your email newsletter. 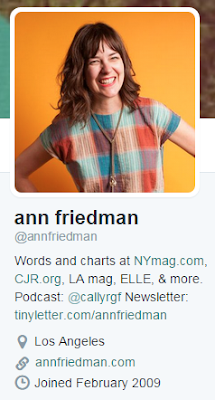 Here is a screenshot of awesome twitter bios that can inspire your creativity.

How to find and get true followers that are right for your niche:

Twitter is all about finding the right people and the right niche to be seen on. You cannot just go and have a bundle of friends and family on twitter in order to get some following. You need to add your prospects, your future clients and the other influencers in your niche.

If you are worried how to find the best loyal followers, then read on.

If you want to get in the eyes of your potential audience then you have to first go and follow the influencers in your niche. It is from their twitter activities that you will find like-minded twitter users.

1 – Try to give relevant replies for the tweets these influencers tweet. A just “nice post”, “Thank you” wouldn’t do enough to attract them.
2 – Don’t be scared to reply a link of your post if you think it’s worthy. The influencers have many followers who see their tweets and also the replies to others.

It is from here that you will start getting noticed.

2) Start using a tool like Tweetadder to find more people

Though Twitter’s own advanced search does pretty well in searching the appropriate twitter followers based on age, demographics and other data like keywords in twitter bio and tweets, it is always beneficial to use a tool that is specifically built for it.

I really like how you can search millions of twitter followers through TweetAdder and filter them as per your needs. The below screenshot show how to filter twitter users based on follower count, keywords in bio, popular or new users and through keywords in tweets.

One more advantage is you can mass follow, unfollow everyone through the displayed results with a single click.

Get Traffic From Google Plus Using 7 Simple Methods